If you want people to read a book, tell them it is overrated.

In the last ten years, Taleb has emerged as one of the most famous (even if controversial) writers on finance and human behaviour. Having written some best-selling books like Black Swan, and Fooled by Randomness, Taleb definitely commands a solid position in financial literature.

So it was surprising to me that this book was not about yet another exploration into the world of finance. Instead this is a book of aphorisms loosely linked to a tale in Greek mythology, that of Procrustes. Procrustes was a bandit who forced his victims to lie on a bed. Depending on whether they were shorter or longer than the bed, Procrustes tortured them to fit the bed by either stretching them or cutting off their legs.

If one looks beyond the symbolism, one finds that this is a common human fallacy. Rather than basing their theories on the observed evidence, people force-fit the evidence to suit their theories. And many a fortune has been lost as a result of this.

This book is a mixed bag as far as the coverage of topics and the quality of aphorisms go. Some of them are quite brilliant, some are plain ordinary,

The opposite of manliness isn’t cowardice; it’s technology.

and yet some make you wonder whether the author is simply venting out on some group or the other. For instance, Taleb seems to have a long standing feud against bankers, critics and academicians. He devotes entire chapters in ridiculing these groups through the aphorisms.

Just as no monkey is as good-looking as the ugliest of humans, no academic is worthier than the worst of the creators.

This book is part of his Incerto, a collection of four books that have been best-sellers individually. But in this book, you won’t necessarily find any linkage with the world of finance. So it doesn’t matter if you have not read the books in this collection.

Another highly recommended work of maxims is that by François de La Rochefoucauld, a noted 17th century French author. His book Maxims is quite a comprehensive body of work.

The problem with a book of maxims, quotes or aphorisms is that however brilliant it may be, it doesn’t feel original. This is not the fault of the author but of the subject itself. Good principles span across civilization and eras, whether they are in the form of a Zen koan, a Sufi couplet, or Greek fables.

Here Taleb has adapted some of these aphorims to fit into the current day scenario. He, at times, does goes on a rant as mentioned earlier. But the book is still worth reading because of the underlying lessons that the aphorisms impart.

Was I reading the right book?

When you have a “How to” in the title of your book, one expects that it is a more of a practical guide to whatever you are ‘HowTo’ing. And it is that expectation that led me to explore this book. The book is almost a year old but there only were a handful of reviews on Amazon. Also, 91% of them were 5-stars. But more of that later. END_OF_DOCUMENT_TOKEN_TO_BE_REPLACED

I’ve enjoyed Robert Greene’s previous books immensely. The 48 Laws of Power was my introduction to the Machiavellian world of power and intrigue. Each page of the book was filled with useful ways to create an aura of power and become a more powerful social creature. His later book, Mastery focused more on an improvement of the self. In that book Greene explored the ways one can learn from the various Masters who have lived before us and have made a profound impact in various areas. And it was with this same interest and hope that I approached this book.

Just like his other books, this one is massive as well. Going for a never-ending 624 pages, it is by no means a quick read. And after reading through a few chapters, I realized that the book has fallen prey to the oft tried and tested trend in self-help literature. Anecdotes, anecdotes and more anecdotes. Mind you this is a safe method. That is why most self help literature heavily rely on this structure. But it is something that I greatly abhor. Yes successful stories do strengthen the conviction of a particular theory. But they also tend to suffer from confirmation and selection bias. It is almost as if Greene made a rough outline of the laws and then searched for examples that would fit these theories. Moreover it feels like that some of the anecdotes are greatly simplified or even modified to suit the narrative.

He might have done the same in his other books as well. But for some reason these anecdotes don’t work here. After a couple of chapters, I found myself skipping the anecdotes directly to the part where he explained a particular law.

But by the time I reached the fifth law, I found it quite impossible to carry on. And hence I closed the book, abandoning it for good. I very much would have wanted to like this book and learn from it. But unfortunately the denseness of the material really put me off. The author has rambled on and on to fill up the book with feel-good stories and then propose a one-page full fount of self-help advice. I feel a better idea would be to go through the bibliography that the author has given at the end and instead peruse some of those works. That would be a more productive use of your time.

I have always identified to some firm of shyness or social anxiety disorder (SAD) since I was a kid. I hated going to events, parties, gatherings – effectively any place where there will be lots of humans. And considering that Earth is full of them humans, that put me shit out of luck. I dreaded meeting not only strangers but even people I knew. As long as the number of people was big, I shied away from such social events.
So it was a no-brainer for me to pick this book up. I have read books on shyness/SAD before but the problem about many books, especially in the self-help genre, is that most of them are filled with anecdotal fluff, or pointless exercises in a workbook style. And AFAIK I don’t recall finishing any book on this topic that was substantial in content.
However I’m glad that I gave this book a chance. What I immediately liked about the book was that unlike most self-help books it is not full of fluff. The author has not chosen to fill the book with random stories or pointless exercises. And for that I’m thankful. The book is a quick read and for its compact size (only 230 pages), packs in quite a punch.

Getting to the point

The book is divided into two parts. The first part talks about the problem – the causes of social anxiety and how people with SAD tend to think and behave. The author immediately jumps into listing the major causes of why a person with social anxiety feels that he is not up to the mark of his peers. Many a times, the overhang of having an ugly experience in the past overshadows the present day situations. People with SAD have a very strong and ruthless self-critic that berates every endeavor by the individual in connecting with others. Hence shy people tend to reject their self worth even before (if ever) other people do so. As they say, you miss 100% of the shots you don’t take. 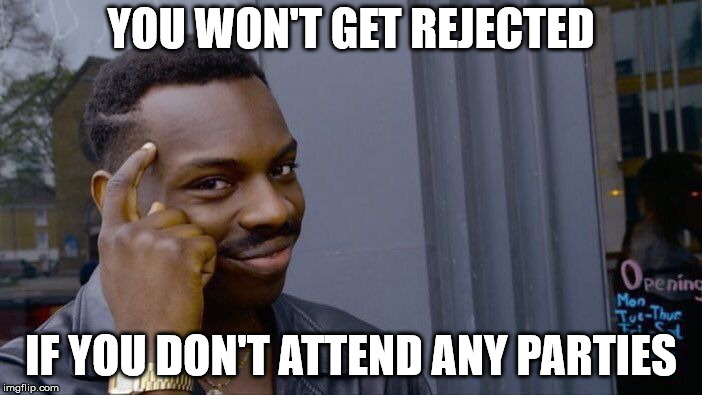 The second part, obviously, is about the solution to social anxiety. Dr Gazipura starts by explaining what people with social confidence do instead of sabotaging their self. It is not that people who are confident do not have thoughts of inability or in-adequateness rise in their minds. They do as well. However, they do not let such thoughts overwhelm their actions.

So what’s the secret?

Effectively, it is a developing a habit of feeling the fear and doing it anyway. The author talks about a set of clear and effective steps to overcome this fear as and when it is happening. Being aware (or mindful) of one thoughts is one way that the author suggests this can be done. But first one needs to accept oneself even before making any such effort. The book also mentions that shy people have a fear of being vulnerable and that they prevent themselves from getting hurt by avoiding such situations. However, the author believes that such people need to put themselves in such situations and consciously think and behave differently than their automatic patterns of thought have done till now.
All in all, the book does a very good job of mapping out the most common causes of social anxiety and the steps one can take gradually to decrease or reduce the feeling of shyness. Reading this book made me realize that there is no rocket science to this. Plain old common sense and getting out of your comfort zone. Although this book by itself may not be as powerful as some others, I still feel that it is quite a useful book because of its succinct message and its useful suggestions. Read it as a starting point for your journey towards becoming more socially confident.

Mention the word behavioural pscyhology and a few well-known names

come to mind. Kahneman, Baumeister, Thaler, and to a certain extent, Taleb are just a few examples. So it was a bit surprising when I came across a book by a relatively unknown author. But given that investing is a passion, and books are my weakness, I had to read this book. END_OF_DOCUMENT_TOKEN_TO_BE_REPLACED